Beyond Diet is the world’s leading comprehensive health and gluten-free weight loss community. Since 2008, Beyond Diet has helped over 700,000 men and women from more than 100 countries live healthier and happier lives.

As 70% of American’s New Year’s Resolutions involve improved health and weight loss, Q1 is not only the busiest season for Beyond Diet but also the most competitive for user acquisition. In Q1 2015, Beyond Diet charged Quality Score with scaling a massive cross-platform campaign in order to increase new membership, decrease CPA, and ultimately improve upon Q1 2014’s ROI. 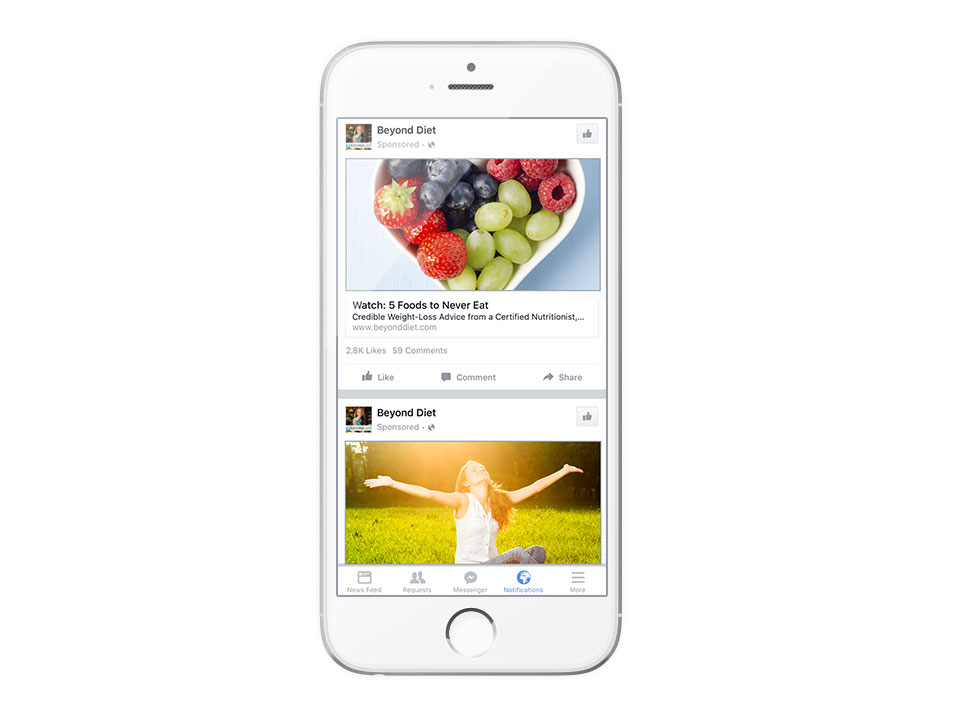 Utilizing our proprietary methodology – the Q System – our experts devised a targeted, holistic, and results-driven action plan for user acquisition while managing Beyond Diet’s social media presence across Facebook, Pinterest, and YouTube, as well as Facebook and Google PPC.

In Q2 2014, we actively tested hundreds of creatives and messages across each channel, pinpointing a tailored story that resonated strongly with the mindset of users on each social media platform. Small testing outside of English-speaking countries and a new approach to targeting males proved successful.

Informed by insights gained from previous testing, we launched a 33% larger YoY user acquisition campaign on Facebook and Google throughout Q1 2015. With Beyond Diet’s social media message in unison with its PPC campaigns, we achieved record sales on all platforms.

“ Quality Score is part of our family, our marketing team, and they are undoubtedly integral to Beyond Diet’s success. With an ability to expertly manage every PPC channel, Quality Score is the full-service agency we were searching for. We are consistently impressed with their intimate and ever-evolving approach to growing our brand – helping hundreds of thousands of new Beyond Diet members improve their lives. ”